How To: Write out the year on your wedding invitations 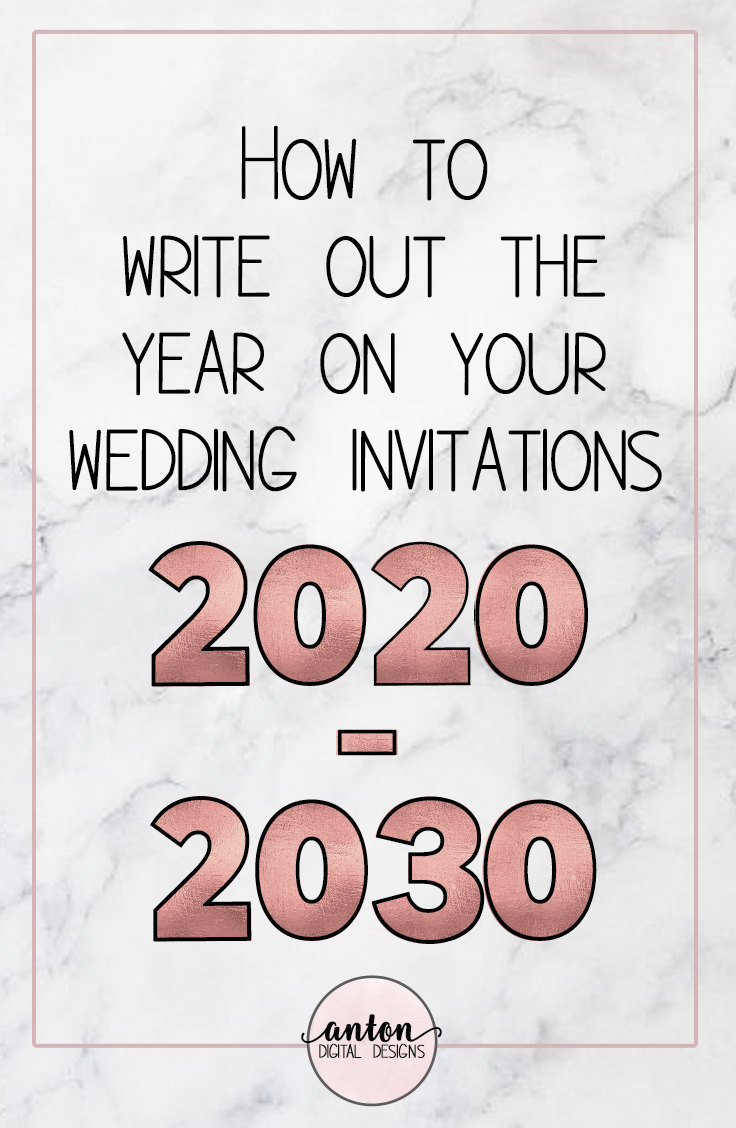 Traditional wedding invitations have always been written in a formal setting with proper punctuation, spelling out proper nouns, the date and the time of your invitation. Many couples choose to still go this route when it comes to creating their invitations.

Recently over on our Instagram page, it was brought to my attention that this isn’t as simple as one might think. Today we’ll cover how to properly write out the date for your wedding invitations in a formal fashion.

First one must realize that the way words are written in British English versus English in the United States are completely separate. Traditionally wedding invitations tend to favor the British Version of English which is why you may see “the honour of your presence” instead of “the honor of your presence”. Either form is completely acceptable in today’s time but make sure you’re not using a combination of the two versions of the English language.

Couples with informal or modern writing

Ultimately the choice of wording is completely up to you and your fiance. The beauty of personalized invitations, like ours, is that if you want to change the wording from formal to informal or informal to formal, we can. But it is important to remember, when writing your invitations it is important to keep the same style of writing throughout the invitation, response, and enclosure cards.